Pets sure make the world go round!

When I first brought Simon home,
nothing was out of the ordinary. 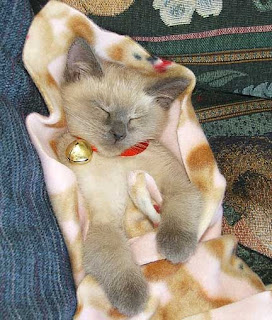 He was the cutest little thing. 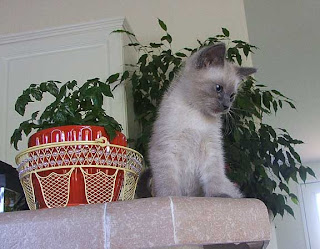 He looked at us kind of funny sometimes. 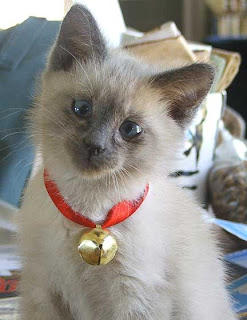 Never quite got along with his friends.
(He is an odd little cat) 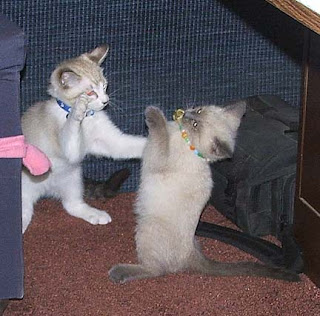 As he grew older 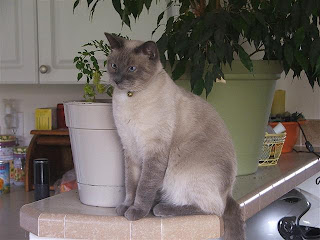 He started to wander the streets. 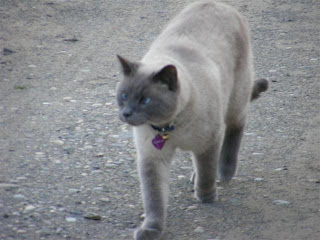 He started hanging out with a rough crowd. 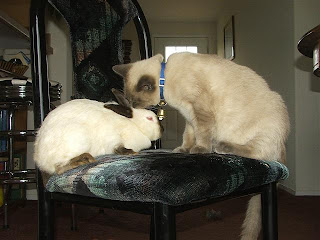 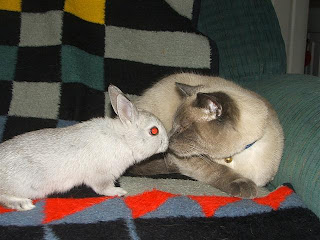 Then he started to dress kinda funny. 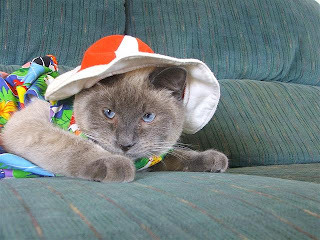 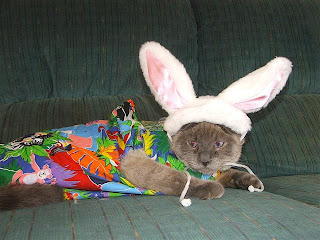 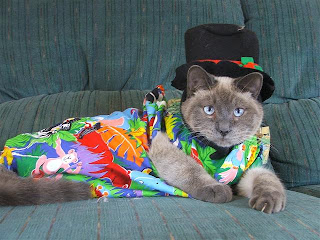 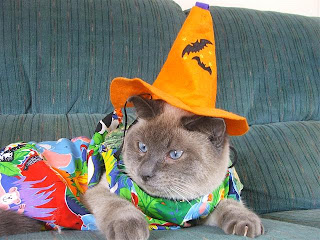 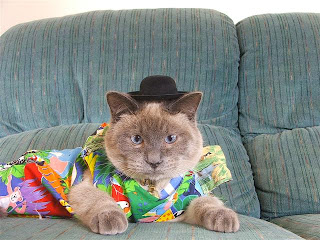 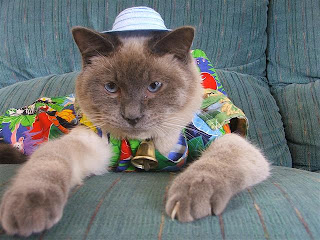 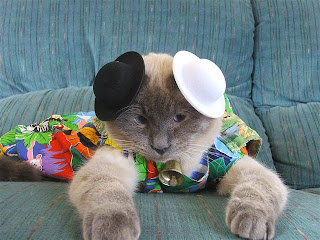 I never could get him to do much work,
as this was his favorite past time. 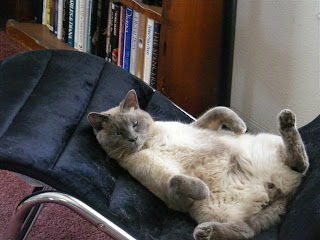 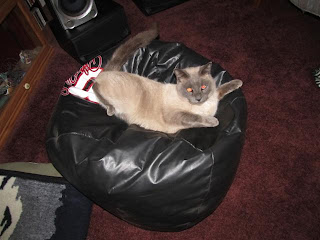 He bonded with the girls. 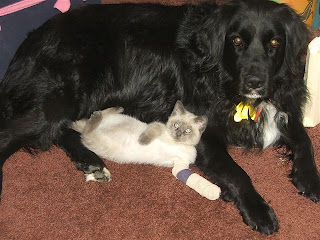 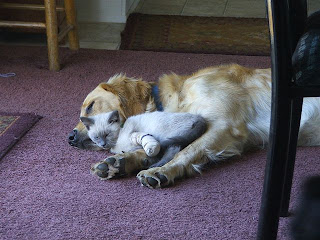 He is species confused.
Feline? Canine? Equine? Bovine?
(They all are nines.) 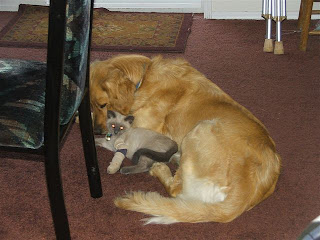 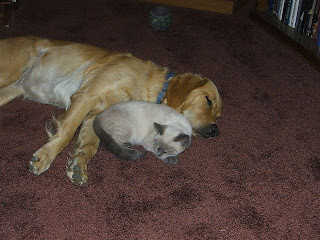 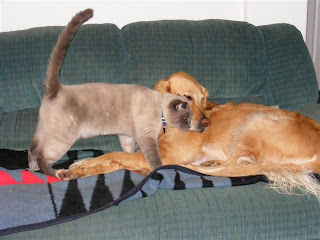 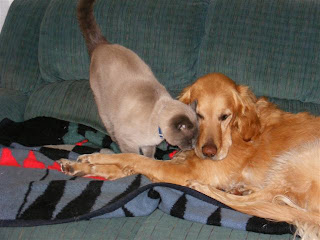 Simon wakes up in a different world every day. 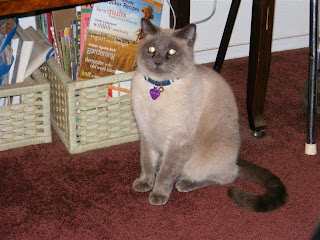 He is so cross eyed that he sees multiples of everything! 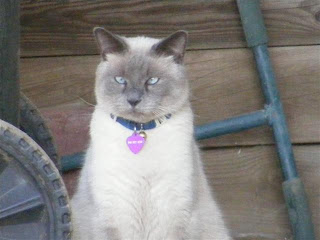 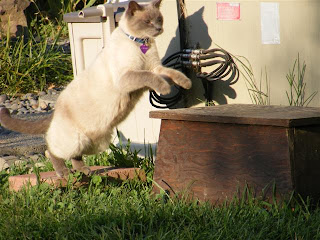 Hides in the foliage a lot. 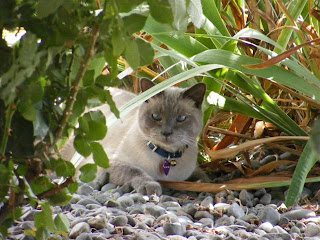 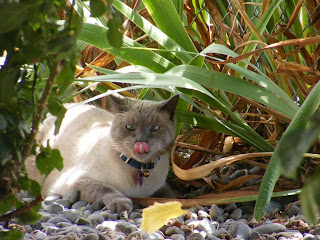 Because when I brought Sam home,
(the rescue dog)
Simon walked into the house
right up to Sam
and rubbed on him like he was his long lost buddy!

For a moment I thought "I" was the one on catnip!
As Simon walked away, he turned back to look,
Things must of come into focus then,
as all of a sudden,
He arched his back
and hissed and ran!
"OMG!
What just happened!"

Once is a mistake!
Twice is unbearable!

Sunday night as I sat outside on the porch,
I watched as Simon walked down the driveway.
This walk was a little different than usual, and he was going in the
opposite direction than he normally does.

My head told me something was not right,
He knew in my heart he was on a mission!
But I did not want to believe it.

Well it has been 4 days now, and Simon still has not come home.

I thought at first he just needed a vacation.
Just to get away.
Go smoke some catnip with his friends,
and forget that
He had totally embarrassed the feline world!

My feelings are hurt cause he did not ask me to help him pack his bags.
I would of understood, honestly I would of.
He just disappeared into the night.

NOTE:
As I finished writing this blog:
1/20/11 (7:45 PM)
Screech dashed through the doggy door and
right behind him was
none other than,
S.I.M.O.N!
Yes,
vacation is over!


I forgave him and loved on him and told him how much I missed him!

Hosted by mrscravitz at 7:52 PM

Lol Jody I started to get teary eyed then I got to the last part
you really had me going there for a minute!

thank goodness! I was starting to worry that you would never see him again, and what a relief! he's a cute little fella, and obviously patient enough to be able to dress up, lol!
enjoy him

OMG I was laughin then teared up and now breathing a sigh of relief. So glad he is back where he belongs
Have a blessed weekend

What a great cat with a personality bigger than the moon! The photos cracked me up! Especially the ones of him wearing the black hats. lol!
What a character.
I'm glad he's home again...to make everyone smile and laugh :)

What a great series of images! Darling. What a guy!

So glad that Simon came back home. How could you not miss a cat like that. LOL