Life sure does have its up sides and its down sides. We are traveling a down side right now.

About 4 months ago, Hubby's hips started to hurt. Thought maybe they were out. We are getting old and things slip out of place every once in a while. So he went to a chiropractor. It did not seem to help. So with some encouragement I insisted he go see our family physician. Since Crohn's run in the family, and he was diagnosed with IBS several years back, we thought maybe the IBS turned into Crohn's since he also had some constipating factors that had recently developed.

I had also noticed about this time that he got up at night to go to the bathroom....ummmm.....never before has that happened. First it was once per night, then it was twice and now it like 2-3 times a night.

After a colonoscopy his doctor said "Well you have passed your exam and your colon looks really good. Do not need another one for 10 years now." Hubby said that he was still in pain and if maybe blood tests were in order.

It was almost as if he never even heard hubby as he said, that when a colonoscopy is done due to constipating factors that it usually always fixes it self. Call me in a couple days if you are still feeling poorly.

Well he was not just feeling poorly he was in quite a lot of pain! So when we got home, we got to talking and decided to make an appointment with a Urologist. The appointment was three weeks out. This is also when hubby informed me that he thought maybe his prostate was swollen. I then called a Urologist.

Appointment was at 11:30 am. After a brief medical history was given to the doctor, of which he was very attentive to his patient, I stepped out of the room while an examination took place. After about 10 minutes passed I was called back to the exam room. As I walked in the doc darted out, and hubby was just fastening his belt and he looked at me and said, "Well I just lost my man card!" Something about that touched both our funny bones. We had a good laugh before the doctor came back in.

He said the prostate was swollen and he ordered three blood tests. PSA, and two more. This was on a Thursday.  We went right over to the lab and he gave his blood.

My phone rang and it was the doctors assistant. She said that hubby's PSA score came back at 2640. One of the other three blood tests also showed that there was cancer and it spread to his hip bones. Normal is 0-4! I almost fell out of my chair. She said that she wanted him in the office at 7 AM on Monday morning for a biopsy. The doctor will come in an hour early to do the procedure. (Their office opens at 8 AM).

Hubby called me about an hour later and said that doctors assistant called him too, and the doctor wanted him to have a CT scan THAT AFTERNOON! STAT! So they got him in at 2 pm. I had a physical therapy appointment and needed to keep it. Since this was just a test, I did not think I HAD to go with him.

A while later, after the scan, hubby calls me and said doctor wanted to see him in is office RIGHT NOW and so he was headed over there before coming home! This was about 3 pm, and their office had closed at noon.

The doctor spoke with him and said that he did have prostate cancer that had metastasized to his hip bones. He did not believe that it had moved to his spine though. But was going to get some more testing done to make sure. He then gave him a shot with a very long needle in his stomach that pointed in the direction of his prostate. It was to kill the production of testosterone RIGHT NOW.  That weekend hubby was in a whole lot of hip pain that the doc promised would get better.

Biopsy is done and hubby comes home to rest for the rest of the day. He gets a phone call and they want him to do a Bone Scan on his full body on Wednesday.  The doctors assistant told me that "I" needed to go to EVERY SINGLE appointment he has from here on out. Two sets of ears are better than one, she said.

We get to the imaging clinic at 12:15 and he has some radio active clear liquid put into a vein. This stuff was made in Seattle and was shipped from Seattle in a black tube with a skull and cross bones on it. We were then free to go eat lunch and do what ever but had to be back there at 3:45 for the actual test that will take 45 Minutes.

Hubby gets a phone call from the doctors assistant asking him if he heard from the oncology department of the hospital for a couple more tests. So far he has not heard from them. Maybe on Monday he will.

After dinner I have started hubby on a supplement protocol to help fight the cancer.

If YOU are more interested in this, GOOGLE Joe Tippen's Protocol.

Also the next appointment we are aware of at this time, is on AUGUST 5th with the Oncologist where we will find out treatment options.

Hubby's pain this weekend does seem to be getting better, except he has terrible leg cramps several times a night. plus the 2-3 visits to the bathroom.

I am going to use this blog as a way to document our life path in this. I want to keep track of everything and things have been happening so fast that I can not keep up. 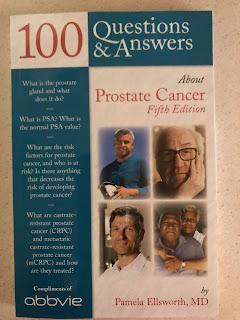 Hosted by mrscravitz at 6:55 PM No comments:

Dang! Was not really wanting this white stuff this late in the year! It is pretty but only for a short while. It should all be gone tomorrow.
I have to lock the ponies up in the back half because if someone runs off the road they will go thru my pasture! If something is going to happen it will happen in front of my house!
Took ponies for a walk twice this week! Finally found a route to walk that is really a nice little jaunt! Good for ponies, good for kids and even good for this ole lady! Lol
Hosted by mrscravitz at 9:14 AM No comments:

Well I have done it!

I have taken the plunge!

It has been a week.

Yes I miss it. Sometimes I still want a cigarette, but it is mostly from habit than the need for nicotine.

I still go outside. I can not stay cooped up in the house. I breathe deep. Oh the fresh air and lung capacity that has improved! I can not breath deep with out coughing! I actually have not coughed for a few days now.

Back in June I got a chest cold. It did not last to long, but a cough has lingered since then. I knew I needed to quit, but just going cold turkey scared the crap out of me.

Then someone showed me the, Easy Way by Allen Carr

Took me two weeks to read it, but let me tell  you. I did not Panic when I was down to my last Cig. I happily gave it all up! It has been a lot easier than I anticipated.

So if you are wanting to quit, tossing around the idea of quitting, or anything in that general direction I highly suggest this book.

I would love to know if you have quit smoking, what your obstacles were, how you overcame the "habit" part of wanting a cigarette.

Oh and for the curious. Prices of a pack of cigarettes went up $2.00 per pack on January 1st. I could not afford them before let alone adding on $20.00 per carton. So it really was an incentive to quit.  I have quit putting nails in my coffin and I feel Great!

Hosted by mrscravitz at 9:00 PM No comments: 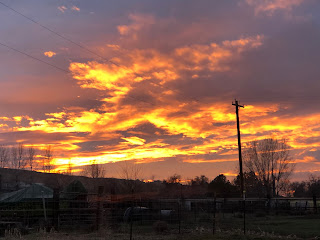 Face Book:
What can I say. It use to be a place of wonderful friendships, meeting new people, discussing ideas.
But not anymore.
People have become so divided they can not see what is before them.
I have not been so bullied in my life as I have been on Face Book!
So I am stepping away from there.
It is sad too, because it is a place where I share My
Posh
and
Tupperware
I will be researching different avenues on this venture.
Who knows, maybe I will share everything here.
Blogging went by the way side, because Facebook was instant gratification.
You could post so easily and then immediately it went out to friends and you got comments.
Blogging takes a bit of ingenuity, planning and creativity.
I miss reading the blogs I followed.
I will be hunting them up.
Maybe I will discover new blogs. New ideas. New times.
Here I will be sharing adventures with my ponies.
I ordered a Hyperbike.
Go check them out!
I am getting Cricket ready for this venture with the help of my grandkids.
So please sign up to follow and get notifications of my posts. I want to stay in contact with all my friends.

Hosted by mrscravitz at 6:32 AM No comments: 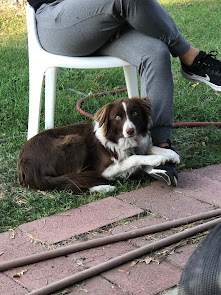 Pocket's Final day on this earth was December 28th, 2020.  She went down hill so fast around Christmas.

Pocket lived by blood tests and she died via blood test. I knew it was going to be bad, so we had doc take blood for a test, and then immediately send her off to Rainbow Bridge.

It was so hard! I loved her to the moon and back. She was so special. Her eyes, bore into your soul. I am glad we had the time with her that we did, but heartbroken that it was so short.

Hosted by mrscravitz at 6:00 PM No comments: