Who is that visitng? 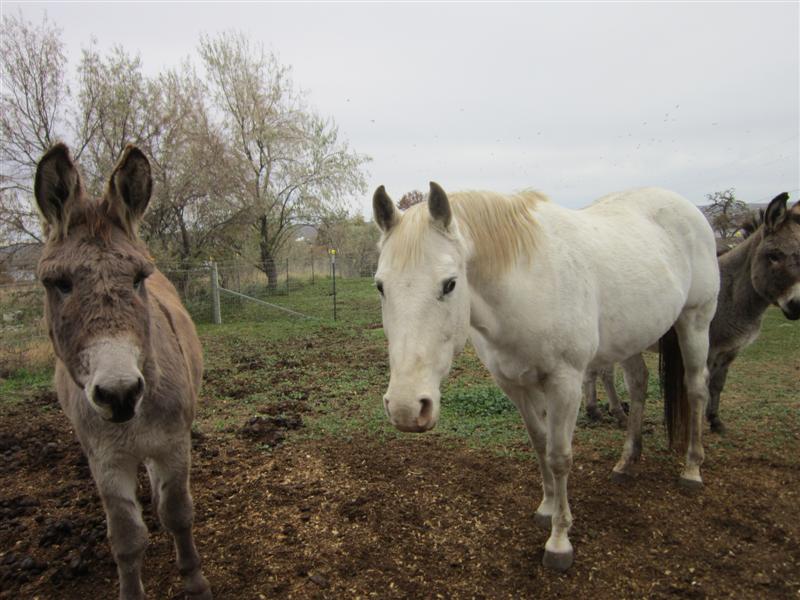 Libby: "Mom? There is someone new in our shed!"
Buddy: "Yeah, what is SHE doing here?"

Well, she has come to visit. 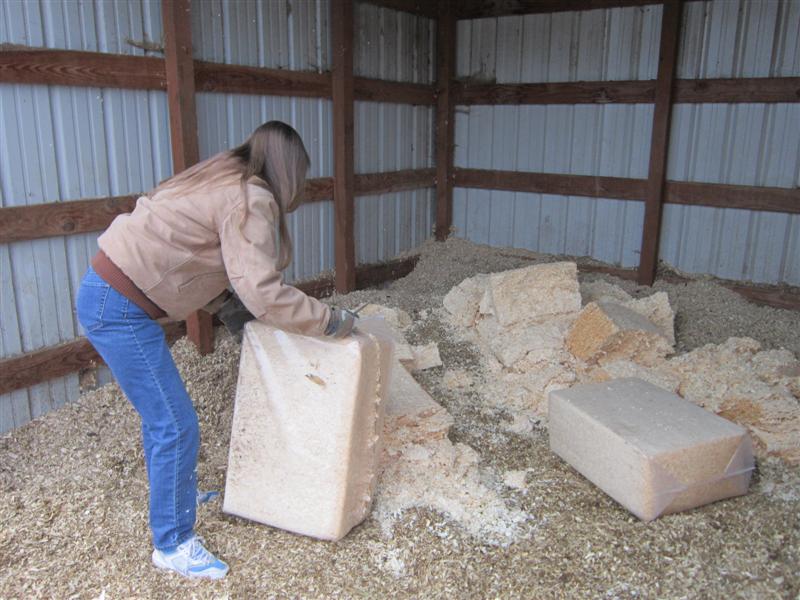 She did a very nice job of making your beds, didn't she? 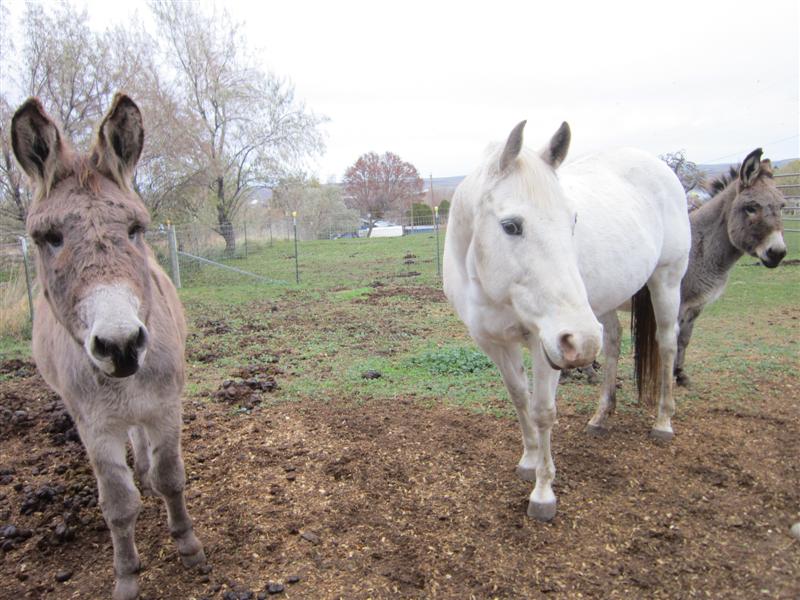 Libby: "I'm just going to mess it up."
Buddy: "And I will then poop in it."
Star: "She better make it soft and fluffy!"
Now kids, you should appreciate all the hard work! 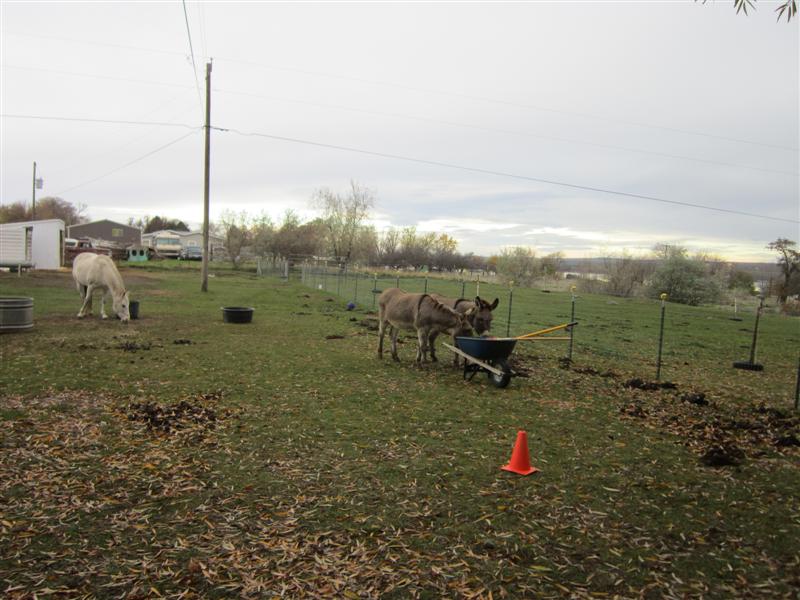 Star: "Hey this should have some hay in it. Sorta looks like one of those things that carries our food around!"
Buddy: "Nope, I think they are planning something else!" 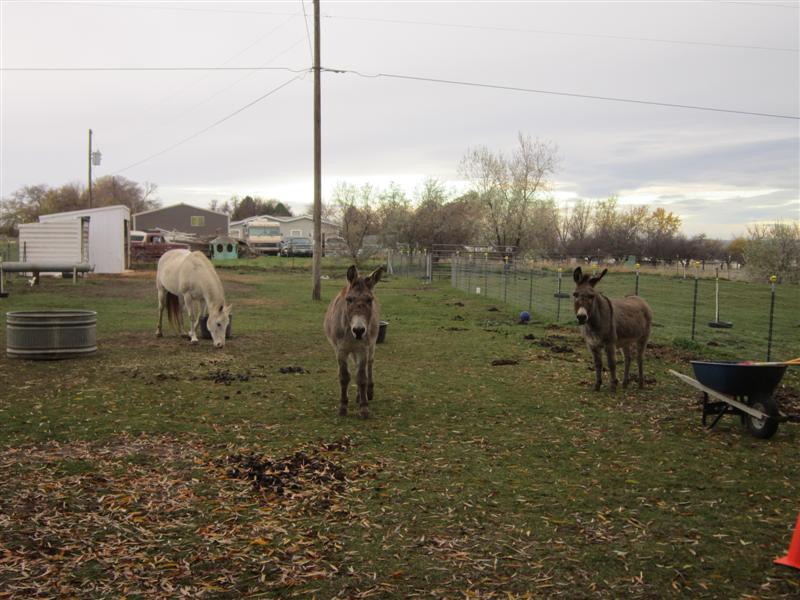 Buddy: "There is that person again!
She keeps hiding.
I don't think she is working very hard." 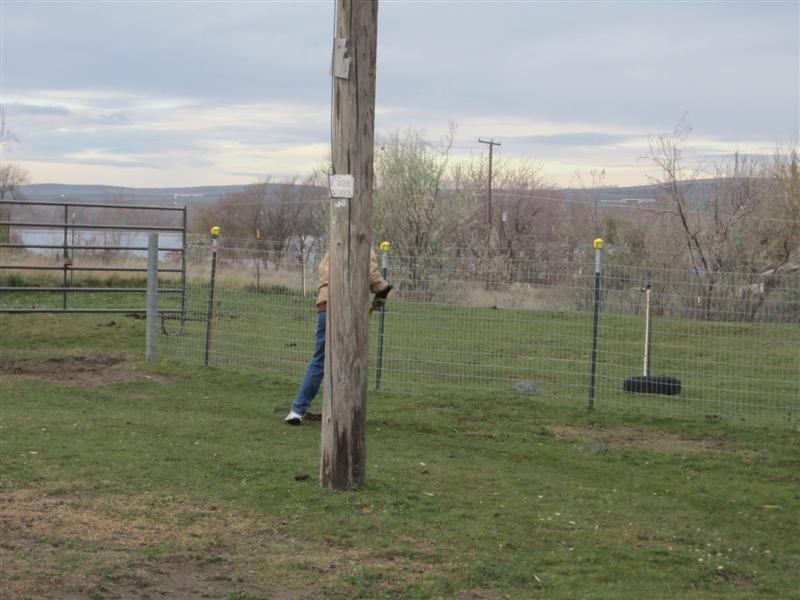 "And staring off into space!" 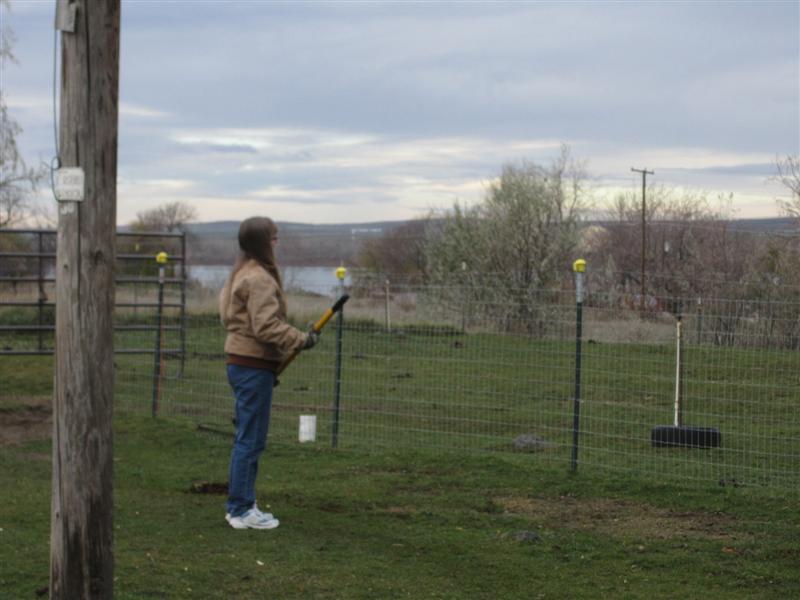 "Do you think she is having fun!" 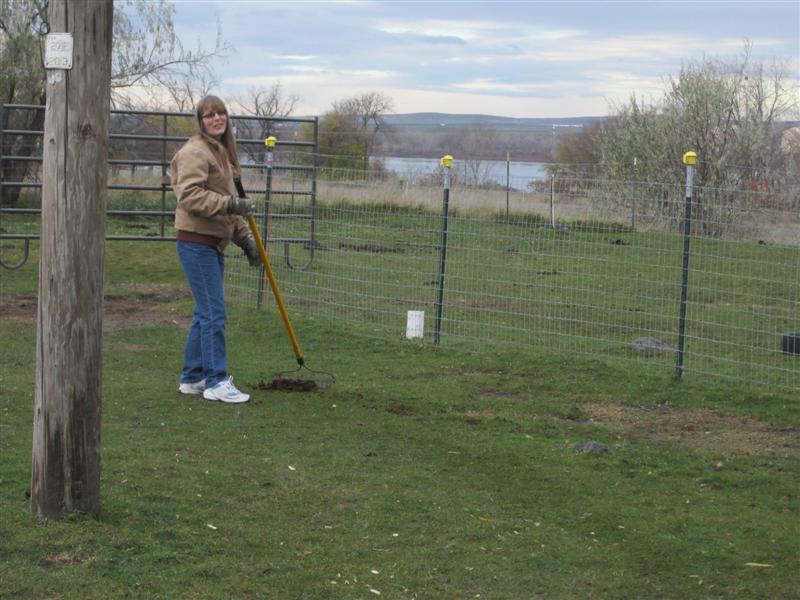 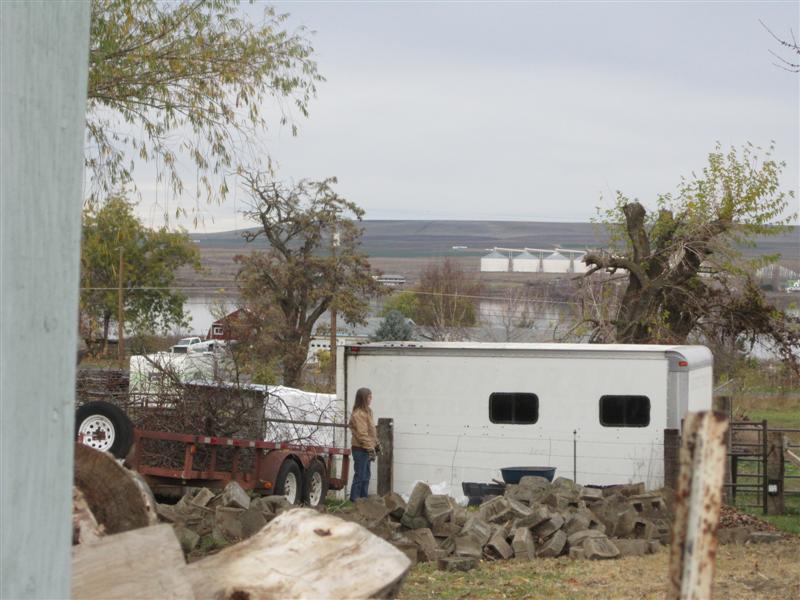 "There she is staring off into space again." 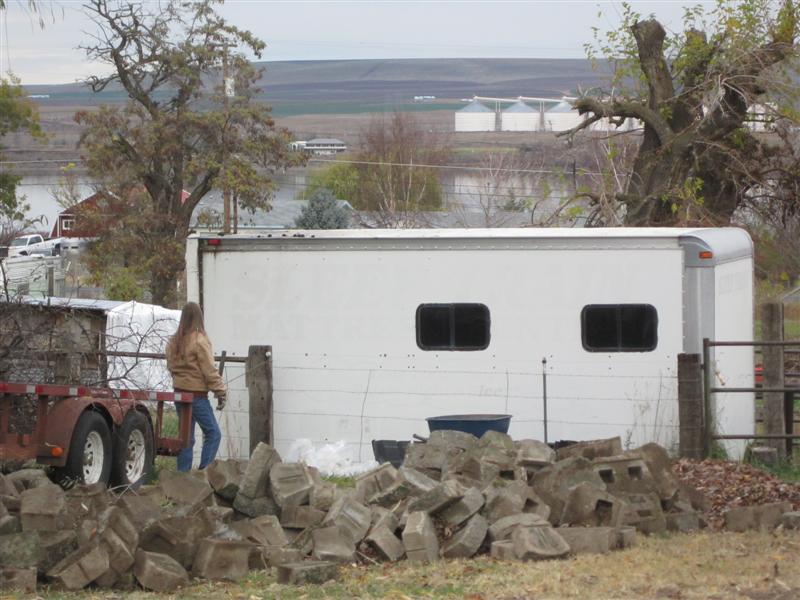 LOVE YA!
MISS YA!
AND
THANK YOU!

It WAS good therapy wasn't it?
So enjoyed our visit!

About a year ago,
a very good friend of ours,
had some major medical surgery.
I won't go into all the details,
but I do know he was very very sick.
Crashed three times, and nearly lost him.
To the amazement of his doctors and nurses,
he recovered and is now back home and doing good.

Well except for one this: 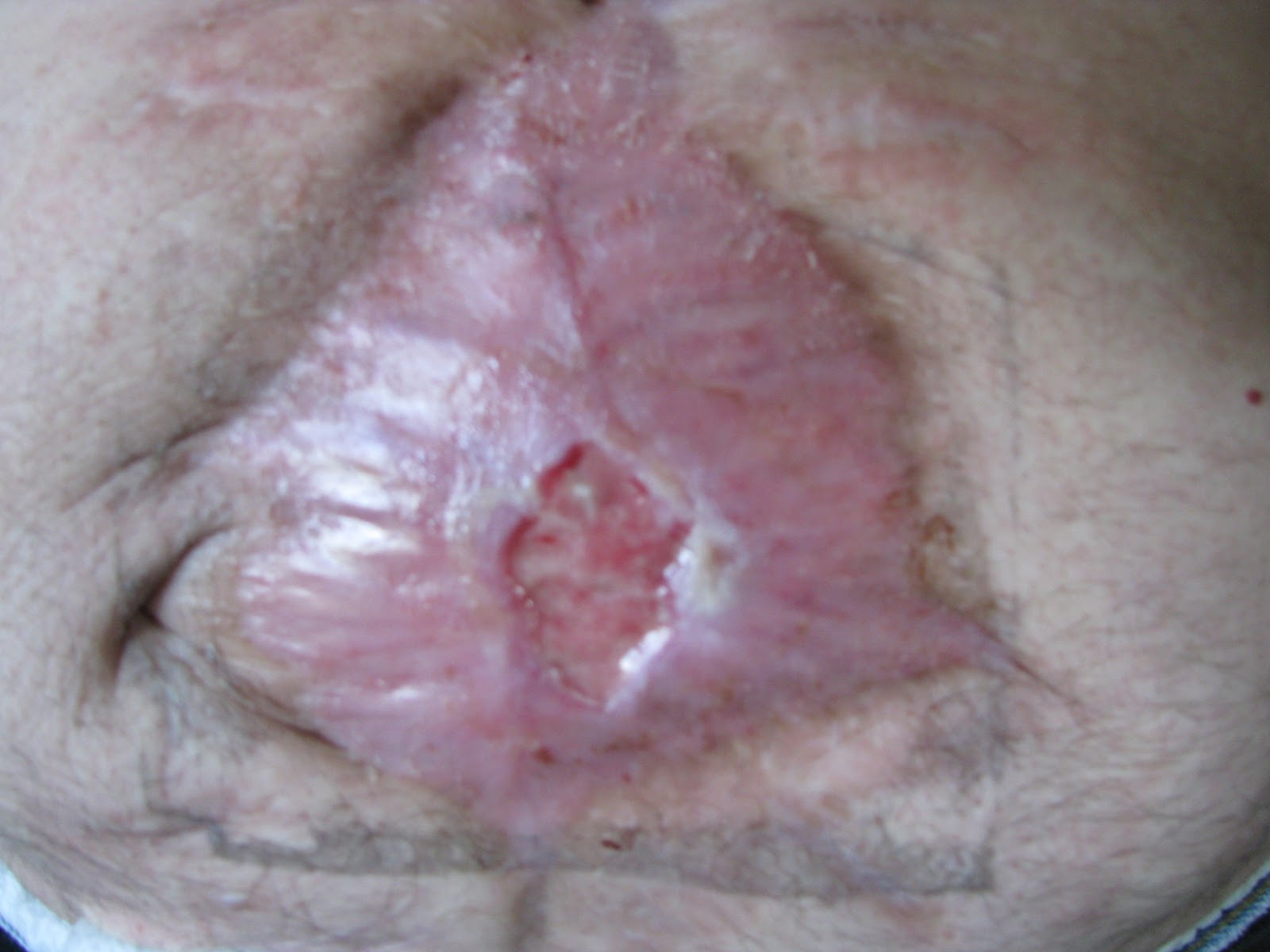 This is a scar left from the surgery on his tummy.
He would NOT heal.
A scab would form, but then come off when he took a shower.
He conversed with his doctor and was told that
it would never heal, but they could fix it when he has his next surgery.

It oozed continuously.
He could not put a bandage on it, nor keep it covered either.

All his shirts were ruined from the seepage.
So he took to wearing black.
NOT his favorite color.

He came over and was telling us about it, and then showed it to me.
EEEEKK!

So I ran to my tack room and grabbed THIS: 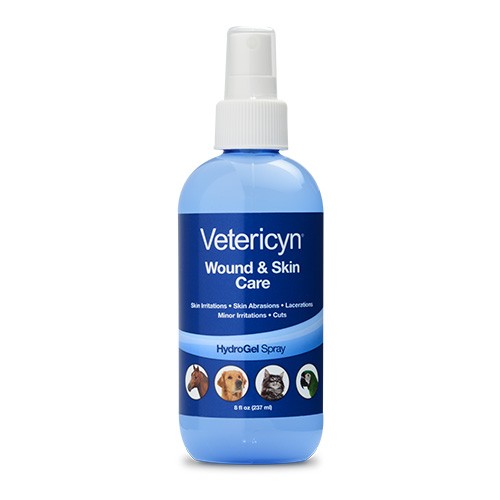 from my supplies.
Took it to him and told him to try it.

I explained all the miracles I have seen and read about on the internet
with flesh wounds on horses!
That it was amazing stuff!

So I sent him home with some. 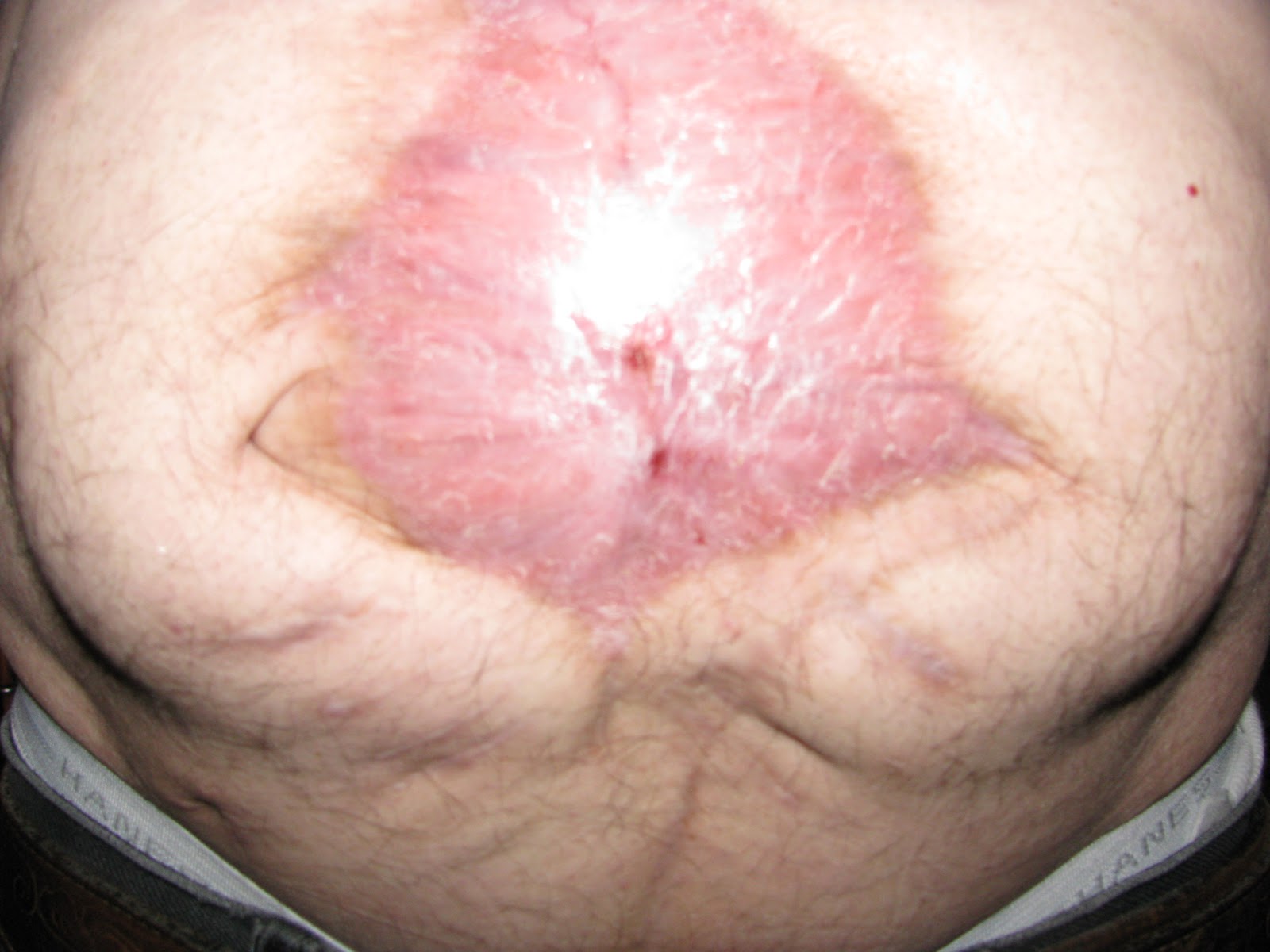 That VETERICYN is amazing stuff!

He is anxious to show his doctor the results and is happy now to be able to wear shirts in other colors besides black.

He did say there was one side effect of using the stuff:
"He now has an uncanny craving for Hay and Oats!"

Our friend still needs the surgery which is scheduled some time in March.
So this spring if you are out in your garden, or you are sitting outside.
Send a little prayer "his" way,
for a good surgery and an even better recovery.
Hosted by mrscravitz at 8:31 AM 2 comments:

Ramsey is a little donkey that has grown near and dear to our hearts. His blog has followed his life from Birth till now.

Now, his human needs some help with surmounting doctor bills to help make Ramsey well again.  The prognosis is very good, and Ramsey will be able to come home in about a week.

Please check out this link, and if you can even only spare a dollar it will help!

THANK YOU SO MUCH!

CHECK ON RAMSEY
He really is a cutie and very special!