HORSES and ELK! What a combo!

Cameron our youngest got a very nice elk this year. 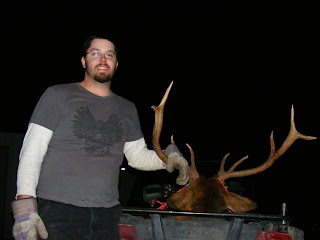 If he would let me, I would take the head out and put it in the pasture, 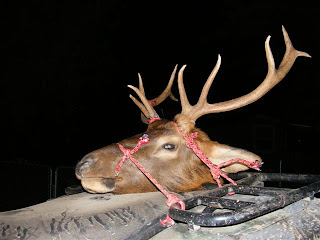 Anyway, The two back legs came home with the hide still on them.
They skinned those legs, and I took the hide and put it over the railing on the round pen.
Sissy was already in the round pen,
(Time change is messing her up, and she was calling me for dinner!)
Flopped them right in front of her face.

She never even flinched! 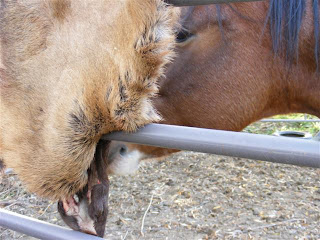 I never thought she was going to quit!

They don't make glue out of elk hides? Do they? 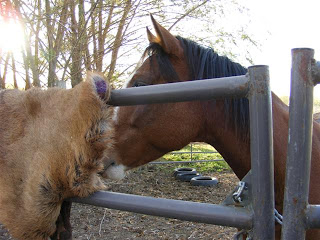 Then she played peek-a-boo. 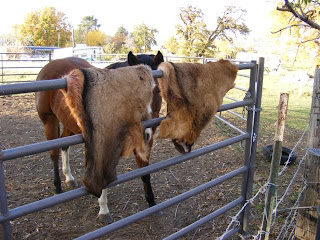 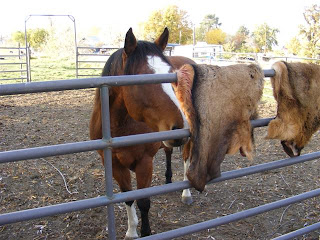 Then stood pretty for a picture. 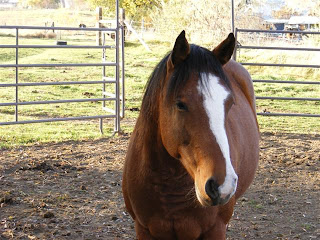 I think she thought she would "charm" some hay out of me! 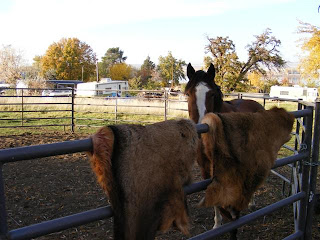 The interest is gone now.

She is done playing peek-a-boo.

Done with the sniffing. 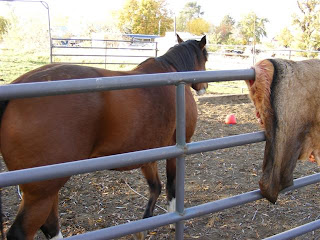 Guess I will go munch grass! 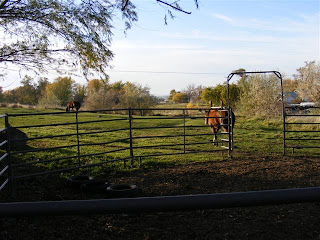 GOSH! I LOVE MY HORSE!

She goes with the flow.

Don't be fooled by the photos. My pasture looks like crap!

Very short grass. Nothing really to eat for the horses. 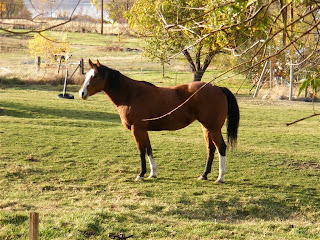 But they still work on it all the same. 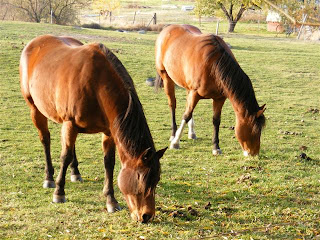 Side by side they go. 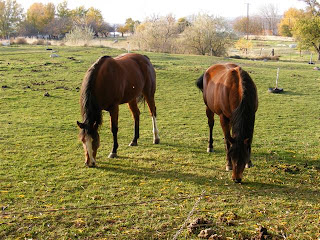 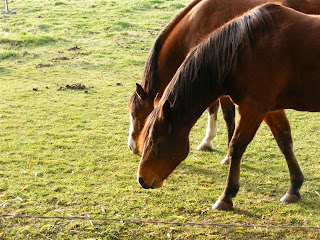 Grabbing every new blade that has managed to show its face,

during these nice days.

There is nice NEW green grass coming up all over town.

But I think last night did it all in. 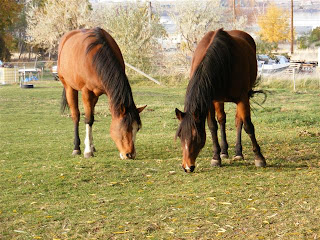 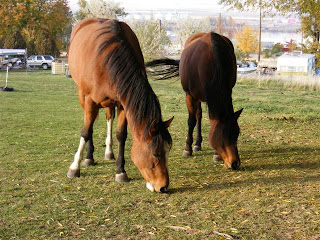 After looking so pitiful, and since I was out there anyway,

I decided to feed them, and they each got one flake of hay.

Since they look so starved!

They eat like they haven't eaten for days too! 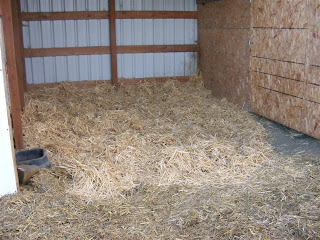 While they were munching, I tossed out my last bale of straw

for their bedding.  I will be getting wood chips next time around.

Then maybe they won't be inclined to eat their bed! LOL

Nice elk. It's funny that your horse didn't spook or run off from the hide.

Thats awesome that she didnt spook from that hide.
But then watch out she'll spook sideways and backwards over something simple as an orange recycle bin.

Its fun to watch them check out new things. Sniffing glue! LOL!

Our pastures look bad, too. Dang it.

Great elk. I had an issue with an elk the husband had mounted. WAY too big for my 1000 sq ft home. It took up the spare bedroom!

It is that time of year. My son posted pics to his FB site and it showed my Grandson Kody riding a dead buck with many other dead deer scattered around their front lawn. If you are'nt a country girl it may freak you out!
That is a very nice Elk. My grandpa hunted Elk a lot and I hav old pics of him as a young man with his catch.
I have had NO pasture since May. It is too hot here for grass to grow and I have no way to irrigate so my horses are ALWAYS begging for hay! I can't believe how calm your horse was about the hide. I think mine would have freaked - like city girls!!! LOL!
Take care.
Caprice

Sounds like your horses eat like... well... horses! Go figure! I'm jealous (in a good way) of your son's ability to take an elk- something this city-boy will probably never get to do-