I have never attended a SHEEP SHEARING before
and when I got invited to one,
I jumped at it!
Here are two of them.
One is a ram and the other is an 'it'.
Not to fond of the rope, but getting them around the horns was just a brilliant idea!
Who'd a thunk! Right?
Well obviously not me! 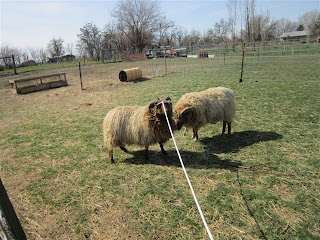 Here are the ewe's waiting for their turn to shed their winter coat. 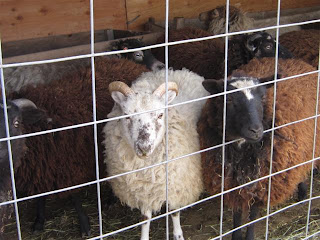 It was a beautiful day and actually quite warm.
But then it turned off COLD and I bet those poor little sheep wished they had their blankets back on. 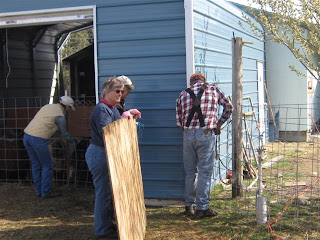 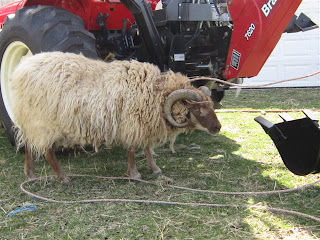 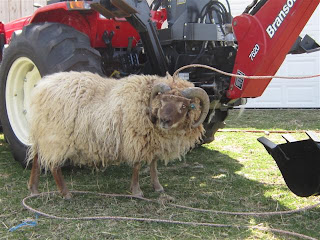 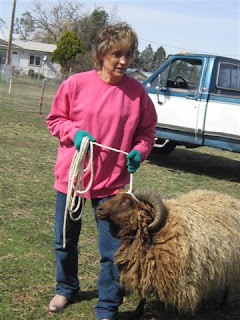 The shearer setting up.
He was a man of few words!
Talked with an accent, and I asked him
where he was from.
He said: "Hermiston".
Well DUH!
I then said that his accent did not come from Hermy Town,
are you from "Scotland?"
I suppose being a sheep shearer and having an accent,
I only assumed!
NEVER DO THAT! 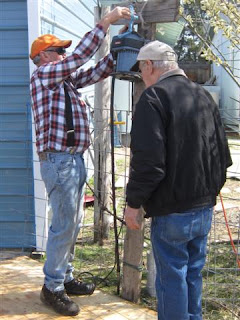 He said he was from Spain. 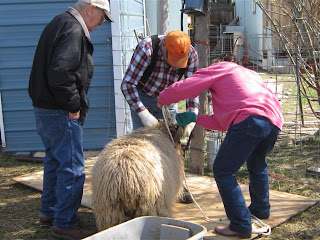 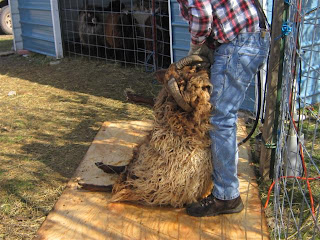 I don't think he said two words the whole time he was bent over working. 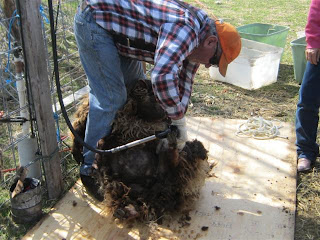 Probably couldn't breath.
I know when I bend over and work
it is hard for me to breath.
I think we need to make a table for these hard working fella's. 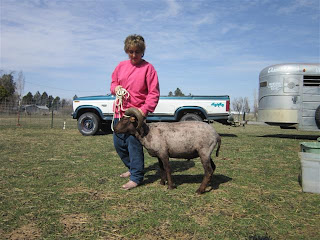 Here is the ram all done. 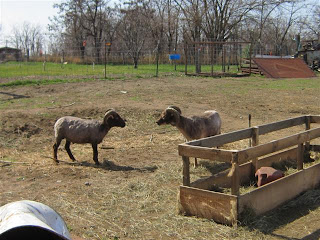 Both boys.
DID NOT KNOW EACH OTHER!
Had to have the butt sniffing, get to know each other routine!
It was quite funny! 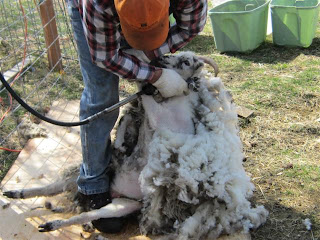 This gal had the most gorgeous wool! 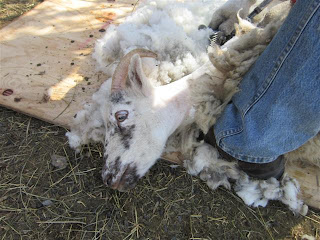 I found that the lanolin in the wool made my hands so soft!
I tried to see if the sheep shearer had soft hands, but he wore gloves.
If I would of thought,
I would of brought some of it home.

These lady's are going to 'spin' this wool into yarn...
Yeah! That's right!
I think it is a lot of work.
Somehow I just can't see them sitting at a spinning wheel very long!
Teehee....

Hosted by mrscravitz at 7:30 PM