It has been awhile!

And so sorry for that. I am going to try to do much better at keeping my blog up to date.
Life has been quite crazy as of late. I have two part time jobs and they keep me pretty busy.
I have not gotten to ride Libby as much as I wanted to this year because of this. But I do keep up my weekly riding lessons.
A couple weekends ago the Umatilla Sage Riders had a play day. I waited all year to take Libby and I did!
We had a blast! First even was barrels. We began at a trot, and while going around the second barrel, Libby wanted to go one way but I directed her to go the other! Stupid me, broke pattern! I should of listened to my horse! Instead she listened to me, the good girl that she is! When we finished the third barrel, I pointed her to home and boy did she open up! I just hung on for the ride, and it was fantastic! Mostly because I did not fall off!
We did speed barrels, poles, stake race, and another activity that escapes me right now. I know I had a ton of fun, and want to do more play days. 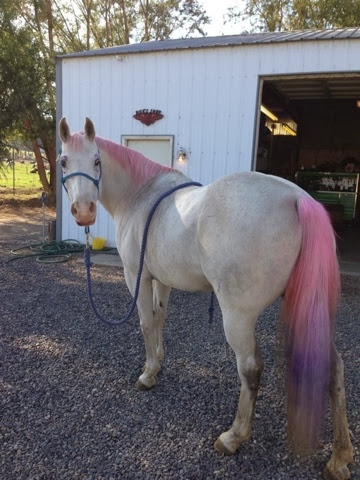 I painted up Libby the day before and she was so pretty. But over night she faded to half the brightness of color. She was still pretty for the play day though. 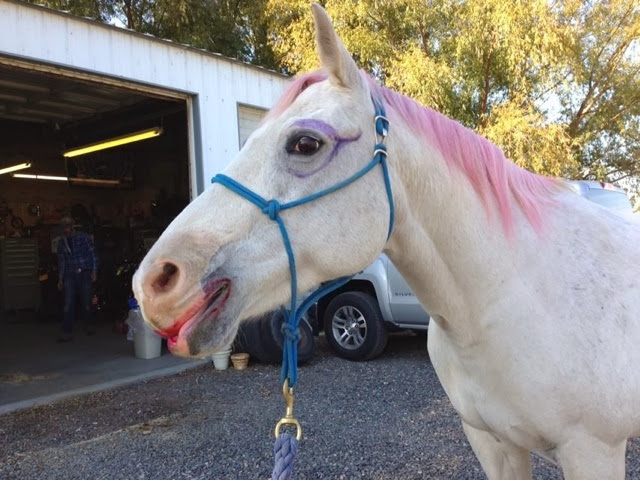 I tried to put eye lashes on but they would not stick. Her lips are only half on and she had eaten that off over night. It tickled to much for her to hold still to do the other side. She tried to be good but it was just to much for her. 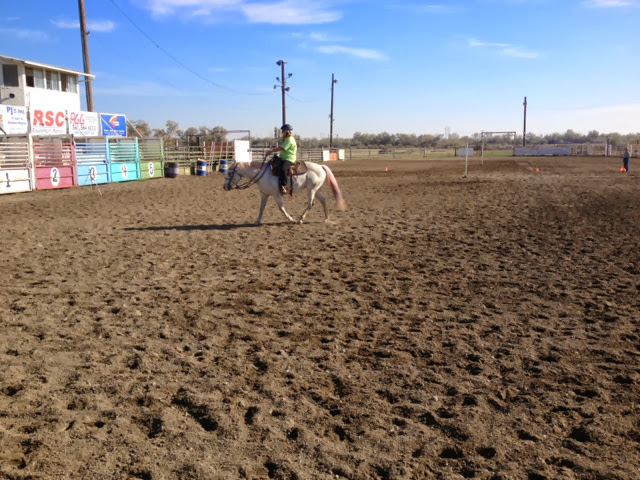 Hubby took a few pictures but he doesn't know his camera has a zoom lens, so I am a dot in the landscape. 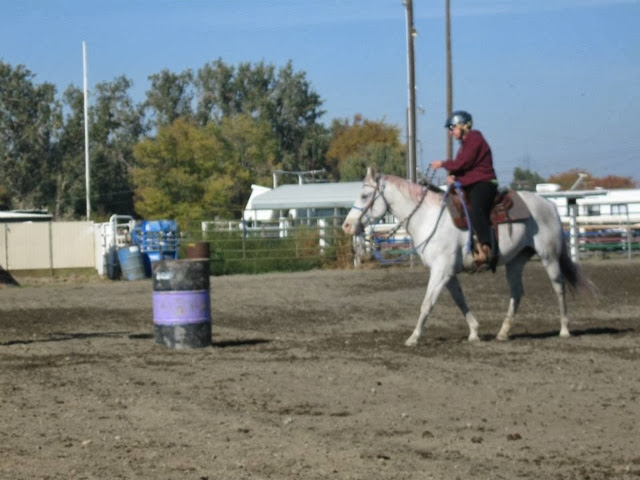 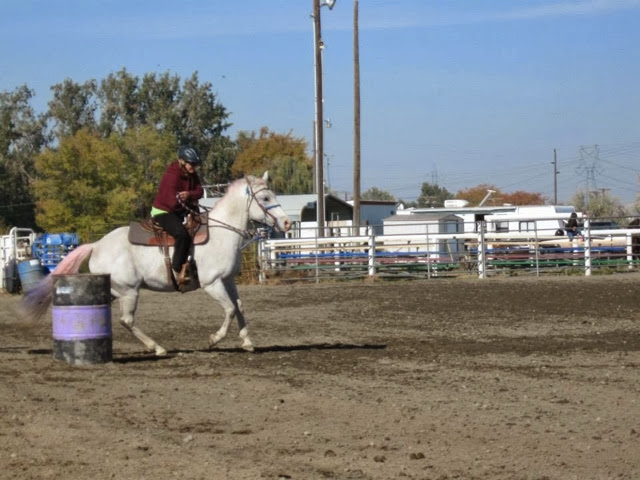 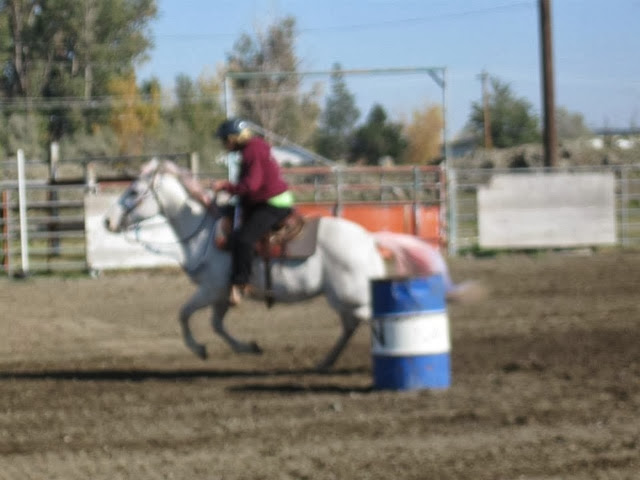 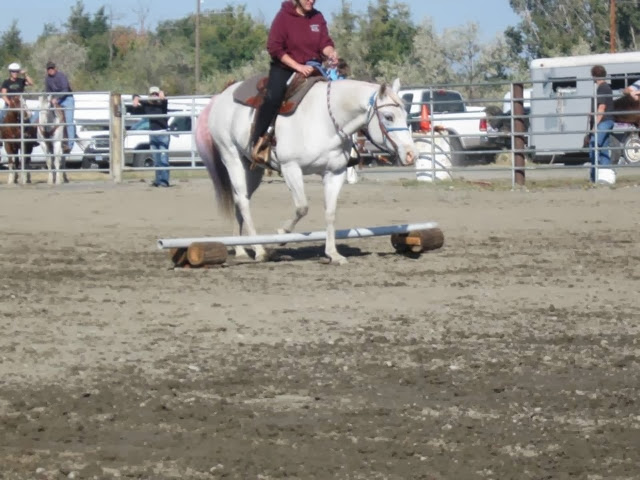 Libby likes to walk over obstacles.
I 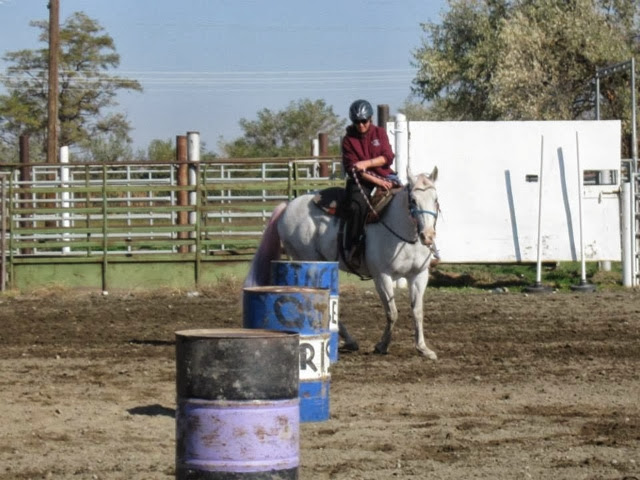 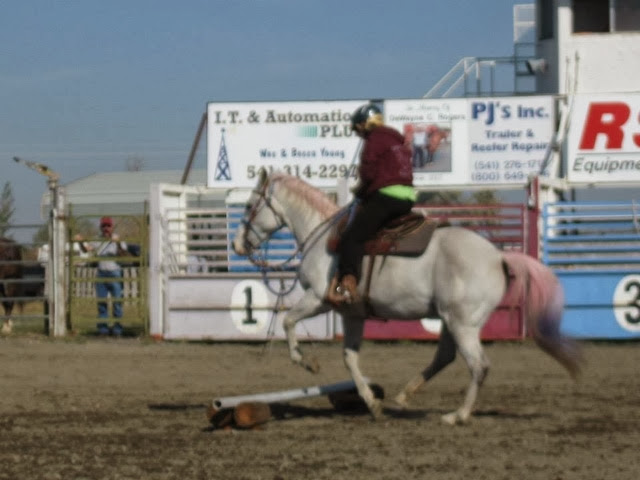 I had a lot of fun. Libby thought it was a lot of work! I could not ask for a better horse! 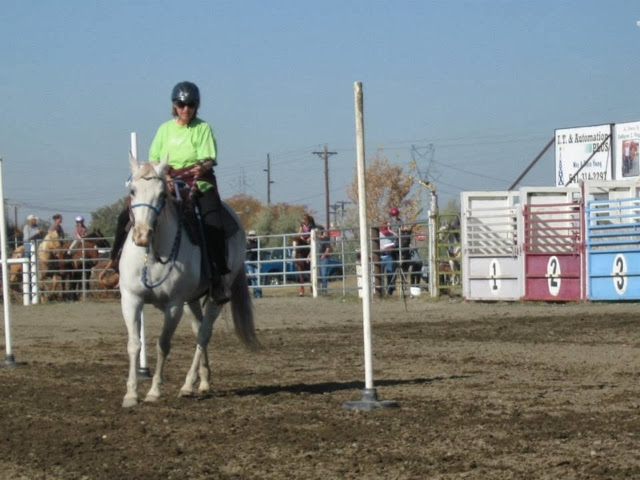 We have our trailering issue worked out, and I think there are more trips in our future!
Hosted by mrscravitz at 9:47 PM

Glad to see your post!! (0:
Hurrah for you and Libby and your efforts at the playday! That's awesome!!
As a side note, Libby's tale looks awesome! I love it!!

So great to hear from you and what a GOOD GIRL you have!!! :)